Social inequalities in cancer within countries

Socioeconomic inequalities in cancer incidence, survival, and mortality have been reported from all high-income countries in which information on education level, occupational class, income, or other indicators of socioeconomic status is available and has been investigated in relation to cancer, as recorded in cancer or cause-of-death registries. These associations are subject to substantial variability, not only across the different cancer types but also between countries and over time. The graphs below show mortality rates for men (left) and women (right) with a low (left) and high (right) education level. 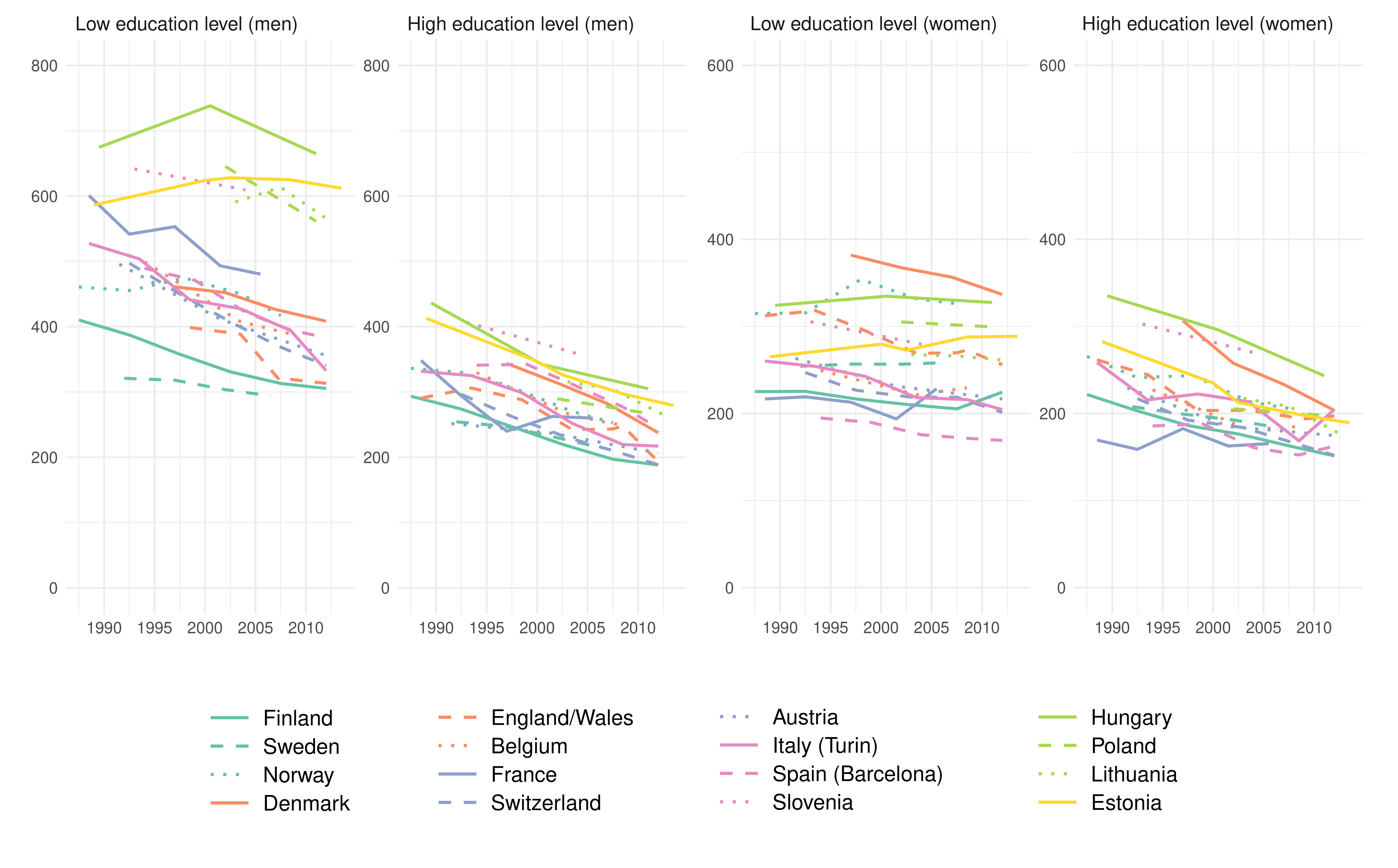 The variability of inequalities in cancer incidence and mortality, both between countries and over time, is a major public health challenge. This variability clearly suggests that these inequalities are not based on immutable laws of nature but are potentially modifiable.