Cancer prevention strategies face challenges in implementation, but the potential gains are striking. The dramatic declines in lung cancer incidence and mortality in many European countries after decreases in the prevalence of smoking are evidence of the power of successful prevention. 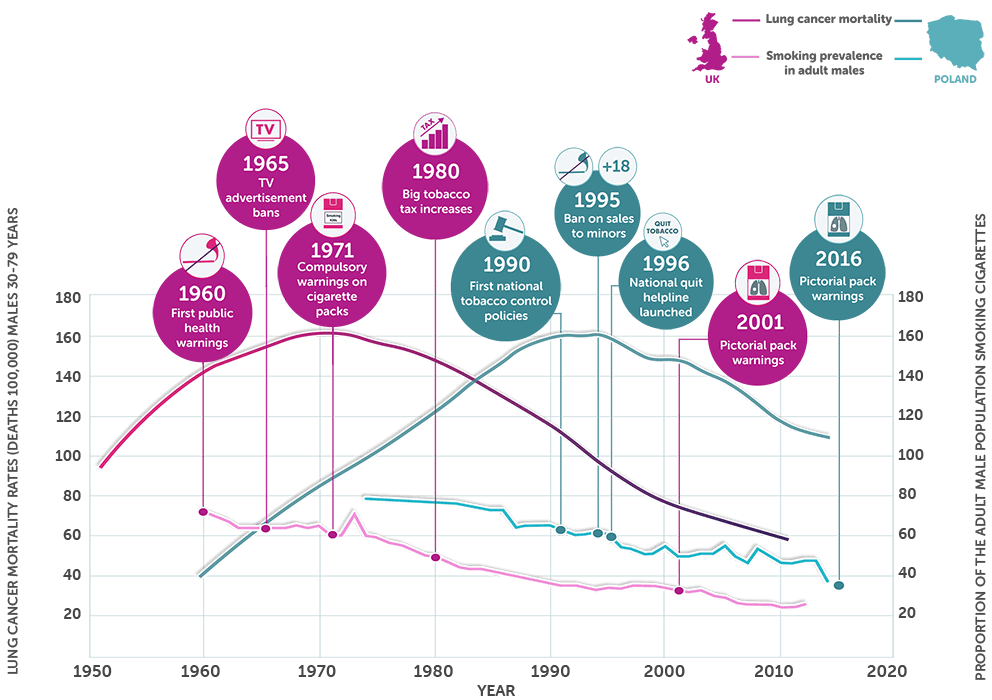 This figure shows that the mortality rate for lung cancer in men aged 30–79 years in the UK peaked in the early 1970s at about 160 per 100 000 per year and has since declined dramatically. In contrast, the lung cancer mortality rate in men in Poland only peaked two decades later; this can be partly attributed to the later commencement of the effective prevention of tobacco exposure through national control policy measures. In the UK, the first TV advertisement bans and health warnings on cigarette packs appeared in the early 1960s. In Poland, such initial measures were not taken until the late 1980s.

Thank you to Morena Sarzo of the International Agency for Research on Cancer (IARC/WHO) for designing and producing the figures.